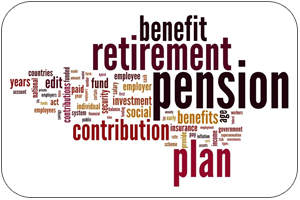 The Western Metal Industry Pension Plan is a defined benefit pension plan. The purpose of the Plan is to provide vested participants with a regular monthly income during their retirement years. The Plan also provides benefits for surviving spouses, and, in some cases, beneficiaries of deceased participants. Benefits may also be available if a participant becomes totally and permanently disabled before age 55.

History of the Plan

The Plan was originally established January 1, 1960 and currently covers employees working under numerous collective bargaining agreements. Several different crafts, such as machinists, electricians, sheet metal workers, and painters participate in the Plan. Currently, there are 74 participating employers who contribute to the Plan on behalf of more than 3,700 employees.

Management of the Plan

The Plan is governed by an eight member joint labor-management Board of Trustees – four of whom are appointed by labor organizations (the Union Trustees) and the other four by employer associations who represent contributing employers (the Employer Trustees). For their service on the Board, the Trustees receive no compensation or pension benefits from the Plan – they are reimbursed only for Trust-related expenses. The Board of Trustees hires a third-party administrator and several other service providers to help with the day-to-day operations of the Plan. All of the service providers report to the Board of Trustees.

How the Plan Is Funded

The Plan is funded with contributions negotiated as part of an overall wage package. These contributions are then invested before eventually being used to pay for retirement benefits. The Board of Trustees makes investment decisions with the help of a professional investment advisor. The Trustees have hired several investment management firms to manage specific assets of the Plan. The Plan has a broadly diversified investment portfolio.

Retirement benefits under the Plan are funded over an employee’s working career with a combination of contributions and investment earnings. The Board of Trustees receives guidance from an actuarial consulting firm to set benefit levels and monitor the Plan’s funded status.

All Plan assets (both contributions and related investment earnings) are held in a trust, which can only be used to pay for benefits under the Plan or for reasonable administrative expenses of operating the Plan.

Regulation of the Plan

The Plan is subject to the provisions of the Employee Retirement Income Security Act of 1974 (ERISA), which establishes the general regulatory framework for all private sector pension plans. The Plan also must meet the funding requirements of the Pension Protection Act of 2006 (PPA), including changes adopted under the Multiemployer Pension Reform Act of 2014.

The Plan submits annual reports that provide detailed information about the Plan’s operations to the U.S. Department of Labor, Internal Revenue Service, and Pension Benefit Guaranty Corporation. The Plan is also audited annually by an independent public accounting firm.